The Vile Witch is at home in the muck and detritus that are the product of a civilized settlement. These creatures are marginalized and tossed away like the garbage they live in, lurking in the shadows and plotting ways to get their revenge. They like nothing more than to dirty up the clean and tidy people who despise the dirt. 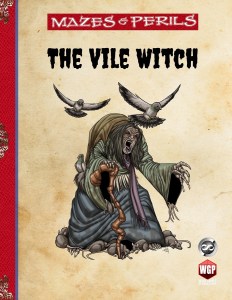 It is usually the poor who are relegated to dealing with the garbage and refuse and most Vile Witches will do their best to avoid harming these people, as they are close to their same social status. But not so for those who deal with the filth (and are paid well to do so) on behalf of their betters.

Those who empty the cesspits can find themselves the unwilling pawns of these witches, spreading disease and worse to their employers. And when those employers seek the source of the problem, they fall into the witch’s foul trap…

But the witches are not always alone in their tasks. Other creatures also make these foul smelling places their homes. There are tales of other critters such as swarms of rats, ghouls, were-rats, slimes, and worse in the dark. And the more intelligent of these will sometimes ally with a Vile Witch to help protect their lairs.

Be sure to read up on the Vile Witch for your next Mazes & Perils (or other OSR system) campaign. You never know when one might spread some juicy filth! 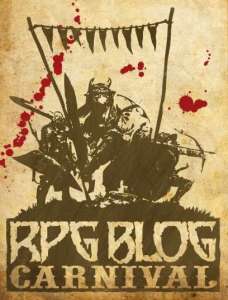 (By the way, there’s a great post at The Lair about multiple types of Random Sewer Encounters along with some adventure seeds. Definitely check it out!)

For more ideas rooting around in the garbage, be sure to stop by the kickoff article at the 6d6 RPG blog – “Garbage & Sewers: RPG Blog Carnival.” You never know what you might find that someone else threw away. After all, one man’s garbage is another man’s treasure!