About: Remember those thrilling days of yesteryear, when D&D came in a single box? When rules were there to be guided by the Dungeon master, not in control of him or her? Where extrapolation was king and fun was the major goal of any adventure?

Those days have returned! As with the very title of the podcast, one can imagine dangerous dungeons, wily Non-Player Characters, and monsters that might just be able to kill your character regardless of your level?

The Save or Die! podcast intends to cover them all, from the first box set of 1974 to the last of the 1990s box sets. If its Dungeons & Dragons and came in a box, we’ll talk about it. Our fearless hosts will regale listeners with tales of past events and future possibilities. Magic, Monsters, and Mayhem will abound as we delve into the ideas of light rules and heavy role-playing!

Welcome to the meet the staff page! On this page you will find the faces of the current and former hosts of the show.

Vincent is originally from Long Island NY, where he was a former Radio Personality, and now lives in the state of Texas, his voice may sound familiar as he has hosted various podcasts, such as Darker Days, RFI Podcast, D6 Radio and others. His DM’ing style is more on the fly, and enjoys the just roll a D6 Method to solve those annoying problems. Vince has been playing D&D since the ’80s, and he favors the Moldvay/Cook rules set. As of Adventure 52, Vince has retired from the show and is now the executive producer of the show. 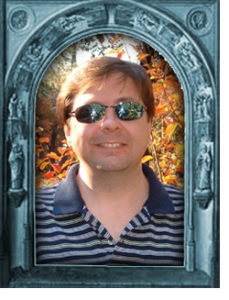 DM Mike was a former resident Of Mississippi and Arizona before settling in Texas to pursue a college education. he has busily spent time earning college degrees in a vain attempt to avoid entering the real working world. Alas, this failed and he currently teaches college history.  He is a fan of most pre-2000 Dungeons & Dragons, but Original (Brown Book)+ Supplements are his preferred game; with the Holmes Basic D&D a close second. However, he cherry-picks from all the pre-2k editions so its hard to say for sure….which is “Old School” in its purest form!
Welcome to the meet the staff page! On this page you will find the faces of the current and former hosts of the show. 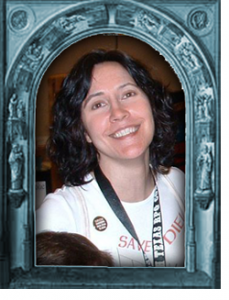 DM Liz was born in San Antonio, Texas at the tail end of the 60’s and first discovered gaming inside a small “hole-in-the-wall” hobby shop in Corpus Christi around 1981 or so (her memory is a little fuzzy on the exact year—she’s old, cut her some slack, okay?). This was of course the magnificent Holmes Basic box set, which has yet to be improved upon in any way, shape or form. Liz is a struggling graphic designer, and has worked for Troll Lord Games in the past doing the layout and editing for Crusader magazine during their run of issues 8 through 22. She currently is back in school finishing her degree in Graphic Design, and is still not entirely certain how she got roped into doing a podcast. You can find Liz every year at the North Texas RPG Convention in the DFW area of Texas, and occasionally at Troll Con in Little Rock, Arkansas as funds permit.
. 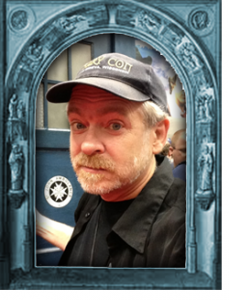 DM Jim lives in Cincinnati, Ohio and started playing D&D when he stumbled across some college guys playing D&D from the Little Brown Books and the AD&D Monster Manual in 1979. After a brief journey through the Holmes Basic Set, he has played every edition of D&D since, though his system of preference is 1st edition AD&D. Jim currently plays in Tim Kask’s OD&D campaign, a Basic/Expert D&D campaign with his podcast mates, and is a certified and accredited Dungeon Crawl Classics RPG evangelist. He spends his spare time co-hosting the Spellburn podcast, writing and drawing the Marvin the Mage webcomic, and selecting his breakfast cereal based on the prize inside.

DM Glen, a dyed-in-the-wool Angelino who for some reason is in Okalhoma, started roleplaying back in 1980-81 with 1st Edition AD&D. Since then he has bounced around among many systems such and Champions and Call of Cthulhu. He always returns to the Classics, though. Having cut his teeth on AD&D, Basic was a bit foreign to him but he caught on fast and has embraced his Inner Grognard. His OD&D of choice is Mentzer, although he leans toward the Rules Cyclopedia, being a one-book guy. 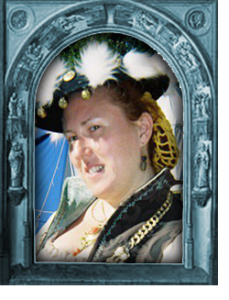 Julie Hoverson has been gaming for more than half her life – but she won’t always admit how long that has been.  Julie has a long and varied gaming history, from an entry in Grimtooth’s Traps Fore to scenarios published for games uch as CHILL and The Whispering Vault.  From 1994 to 2000, Julie wrote and published Serendipity’s Circle, a critically acclaimed fanzine in support of “horror and weird fantasy” RPGs, which was nominated several times for an Origins Award. Julie now uses her gaming-acquired skillz with plotting, characterization, and dialog to craft 19 Nocturne Boulevard, an award-winning audio drama anthology series. Julie has decided to retire and step away from the show to focus more on 19 Nocturne Boulevard project as its a demanding and ever growing project.
. 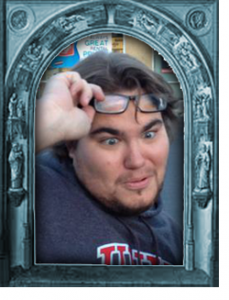 Born in the Eighties, at the height of excess and tabletop games, Chrispy was born too late for the good ol’ days when D&D still came in a box. However, due to a naïveté at the beginning of his roleplaying career concerning what editions were what, and the wonderful burgeoning movement that is the OSR, he’s been able to branch out and explore the wonder and excitement that are Save or Die effects and percentile skill rolls. In the rare times when he can pry himself away from the soul devouring entity of MineCraft he plays in a weekly 1st Edition Advance Dungeons and Dragons game run by DM Vince, plays old video games, and sometimes even has room for a social life! He’s played almost every edition of D&D except Brown Book, 3.0 and 4th Edition, but the Holmes blue book and Pathfinder are his favorites. He also enjoys more light hearted (and rules light!) RPGs such as Ninja Burger, Kobolds Ate my Baby, and Ghostbusters International. Chrispy decided to step away from the show and now hosts his own show, Critical Wits Podcast.