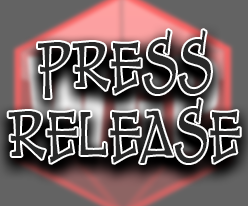 Dallas, TX – May 19, 2019 – Wild Games Productions is pleased to announce that the Second Edition of their Gold ENnie [1] award-winning fantasy role-playing game Mazes & Perils will be moving forward with its new publishing partner Jim Cook and 4 Devils Studio [2]. WGP is more then happy to work with a publishing company that allows “the product to speak for itself” in this day and age. Mazes & Perils Second Edition will present a some what “new and different take” on the rules that were provided in Mazes & Perils Deluxe , with an emphasis on simplified saving throws, class leveling and a few other areas to improve game-play after various play test hours.

“I am excited to have partnered up with Jim Cook, a person I have know for some years and I am confident with Jim’s work, the new edition of Mazes & Perils will be better then ever. This new rules set will unlock a bunch of options for the product line, including a whole new universe of games, called the “Peril-Verse“. ”
– Vince “The Evil DM” Florio

“4 Devils Studio is proud to partner with Vince and Wild Games to add content with an OSR sensibility!”
– Jim Cook